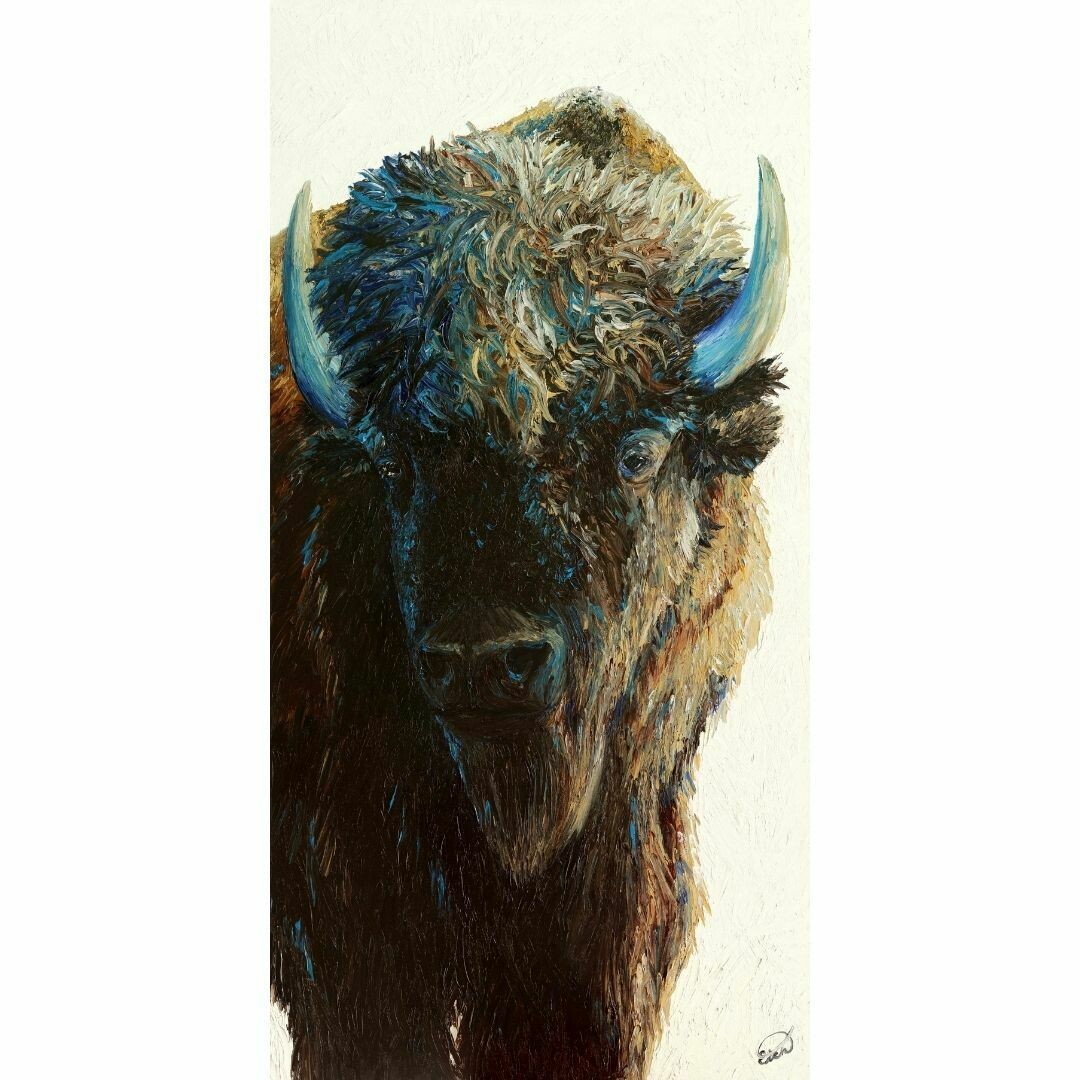 "Bison, bison" is an original oil finger painting capturing the magnificence of the American bison. Commonly called buffalo, these creatures are actually unrelated to the buffalo in Africa, despite the beliefs of early American explorers. Many people think bison and buffalo are two different animals in the US, but it is actually just a confusion of names. Unlike the common name, their scientific name is as easy as it comes: Bison, bison!

Save this product for later
Display prices in: USD